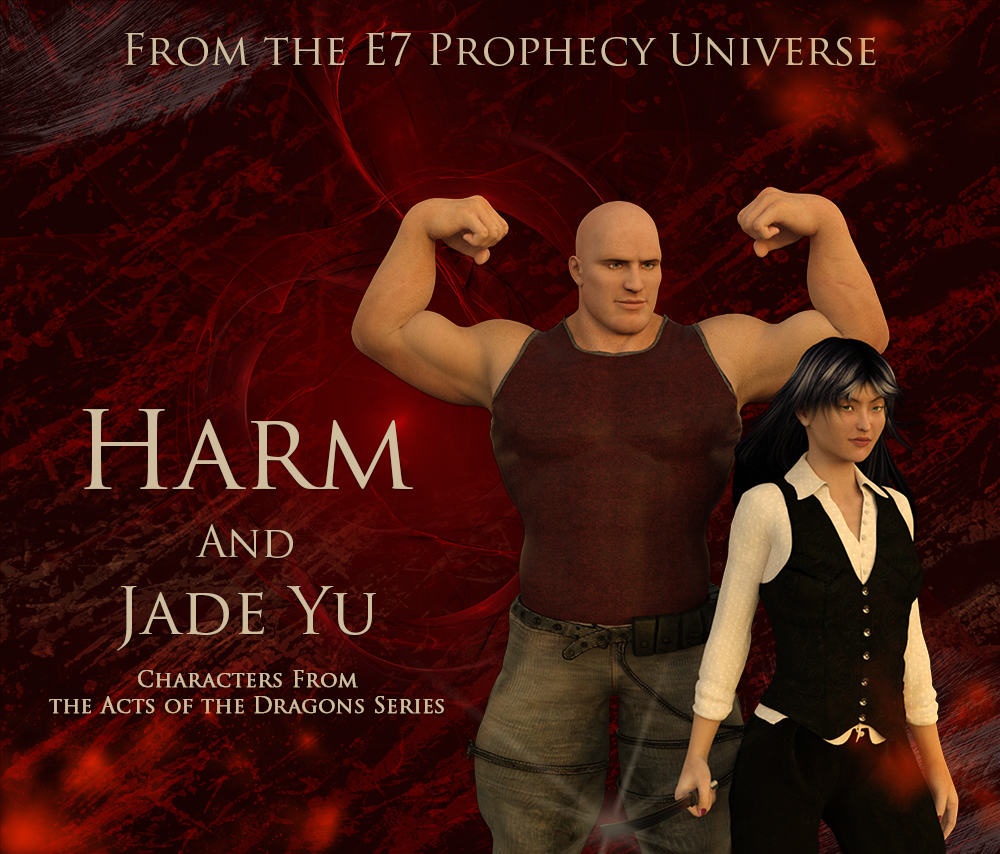 Jade Yu was first introduced in the Acts of the Dragons series title, The Art of Eten Chu.  Since then, she was added to the re-write of The Battle Between Light and Dark Book 2.

Harm was first introduced in the second Acts of the Dragons book, The Robbie Petersen Exchange.  Harm and his good friend Hedron will also appear in the book Jade Yu, The Twice Named Jewel.